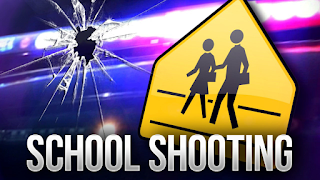 George Bernard Shaw said that the only thing we learn from history is that we have learned nothing from history. What this means, essentially, is that we do not pay attention to history and therefore we are doomed to repeat the same mistakes and ignore opportunities. If we look at the recent Mass Casualty Event in Parkland, Florida then we can see how this is true.

Approximately 2:21 PM on 14 February 2018, Nicholas Cruz entered the Marjory Stoneman Douglas High School, presumably set off the fire alarm and proceeded to open fire on fleeing students. One of the first things that you hear when these unspeakable crimes happen, is that it keeps happening and needs to stop. The very next thing that you will hear is the cries for tougher gun laws and more gun control. So let us go back to that first item; this needs to stop. I think that everyone can agree on that issue. There are many things that need to be reviewed and or fixed to get this under control but let’s look at something that one would think is an easy and immediate fix.

In the case of Nicholas Cruz, law enforcement made a huge blunder with this person. Here we have documented facts that the Broward County Sheriff’s Office had been notified many times about Mr. Cruz’s attitude, demeanor, ownership of guns, mental instability and the fact that he, himself, said that he planned to shoot up a school and to become a “professional school shooter”. If this is not enough to make you angry, the Federal Bureau of Investigation received two tips regarding Mr. Cruz’s behavior. Once in September of 2017 to the FBI in Mississippi and again in January 2018 when a tip received was not properly forwarded to the Miami office.

Now, one could say that law enforcement missed the mark on this one. How can you carry on a campaign of “If you see something, say something” when saying something means nothing? Now, I hold a very high regard and respect for the law enforcement community. Having said that, how many times can we look back on Mass casualty Events and see where law enforcement has come up short in regard to the actor?

You simply cannot blame guns. Guns, themselves are not the issue. Evil people with intent on performing evil acts will find ways to do so. We’ve seem mass Casualty Events by way of guns, knives, cars, trucks, fertilizer and oh, yes, airplanes. Cries for your government to “do something about guns” is the immediate cry. What are we doing to fix the shortcomings of law enforcement? Yes, there are other areas of improvement and other factors that demand review; however, actions speak louder than words. Fix the issues that are staring us in the face and the issues that can be fixed with very little effort. Such issues like following policy and procedure. That is a good start.
Posted by Joel Michalec at 2:51 PM